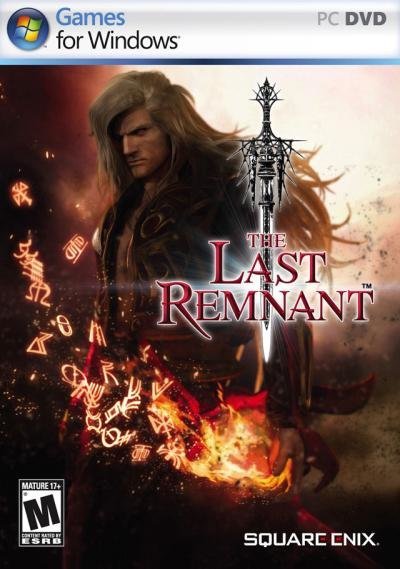 In ancient times, mysterious artifacts referred to as Remnants were discovered all over the world. People used these objects for their awesome powers — a choice that eventually began to cause a rift in the world's balance. Equality was replaced by those who ruled and those who were ruled over. War was inevitable. A thousand years later is when this story begins... Rush lives with his sister Irina on secluded Eulam Island, far from the power struggles for Remnants that are occurring back on the mainland. However, this peaceful life is shattered when his sister is suddenly kidnapped by a mysterious group of soldiers right before his eyes. He immediately sets off after them, unaware of the evils of the outside world but determined to find his sister at any cost. Features: - Massive battles: Large-scale battles come to life as players command unions of soldiers in an exhilarating new turn-based system – allowing for critical strategic play while enemy forces collide on a highly immersive battlefield rendered with amazing lighting and particle effects. - Immersive world: Experience a visually stunning world rich with parched deserts, lush forests and sparkling seas inhabited by four distinct races: mitra, yama, qsiti and sovani. Details can be found throughout the cities — with inhabitants even proudly displaying distinct regional armor. Explore a plethora of cities, each anchored by a massive Remnant that protects the townspeople with a mysterious and great power. - Captivating story: The war to possess the powers of the Remnants unravels in this epic saga. Packed with outstanding cinematics and a sweeping soundtrack composed by Tsuyoshi Sekito (FINAL FANTASY VII – Advent Children – and DAWN OF MANA), a remarkable experience awaits players. In addition, the story experience can be expanded through multiple side quests.

Other brands in PC Games