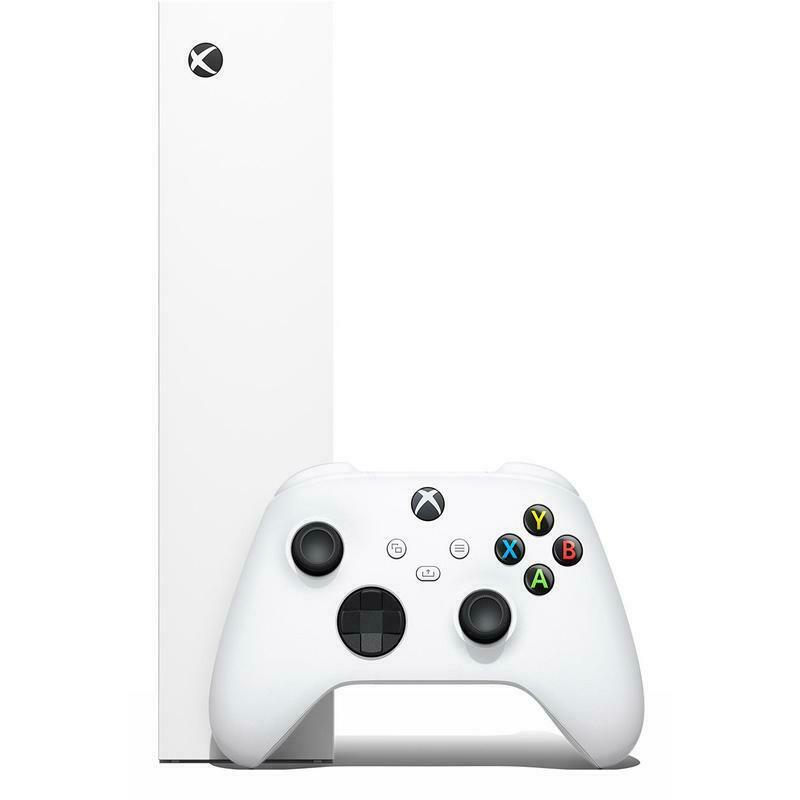 Is Microsoft’s budget next-gen console ‘next-gen’ enough?   Microsoft tossed a spanner in the works when it announced that the new generation of Xbox would comprise not…
Read more

The Xbox Series S is a great entry point into next-gen gaming for those who have no qualms about buying games digitally, or subscribe to Xbox Game Pass, without the sizable financial outlay required to own a full-blown next-gen console. However, it has significantly less storage, isn't capable of 4K resolution for gaming and does without the 4K HD Blu-Ray drive of the Series X - which may be too many compromises for some.

Microsoft tossed a spanner in the works when it announced that the new generation of Xbox would comprise not one, but two consoles. The Xbox Series X is a bleeding edge games box with all the loud features: native 4K, framerates up to 120fps, and ray tracing support. The other, the Xbox Series S, is for players unperturbed by slightly lower framerates and resolutions: it targets 1440p, and from the vantage point of February 2021, it’s looking unlikely it’ll offer consistently high framerates like its older sibling. It also lacks a 4K HD Blu-Ray drive, and it’s SSD storage is quite meagre at only 512GB.

Still, this more affordable Xbox is tempting for a lot of reasons. One: it’s only AU$499. Two: it’s much easier to get than the hard-to-find Xbox Series X. Three: if you’re just after something to dip into Xbox Game Pass—Microsoft’s gaming answer to Netflix—then this will hold you in good stead. Indeed, for that substantial chunk of gaming’s modern audience who tend to stick to free-to-play phenomena like Fortnite or Call of Duty Warzone, this is a perfectly good device. And make no mistake - the Series S is a step up from the One X, with its big CPU upgrade (octa-core Custom Zen 2) and 4TFLOP AMD RDNA 2 architecture GPU.

On the other hand, if you’re upgrading from an earlier Xbox and want to make use of Microsoft’s brilliant backwards compatibility features, all those physical copies you’ve amassed will be rendered useless on the Series S. Again, foregoing the powerful Blu-Ray drive bearing Xbox Series X in favour of this less-premium model really depends on your preference for Xbox Game Pass and digital games. The days of trading in discs in order to buy the next blockbuster will be behind you, with this console.

Yes, the Series S is definitely a console for the ‘casual gamer’: someone who doesn’t need the forthcoming Halo Infinite to look quite as good as it can. But unlike its more powerful equivalent, you probably won’t need to rearrange your entertainment cabinet to fit it, because apart from the tiny Nintendo Switch, this is the smallest console on the market, measuring 6.5 x 15.1 x 27.cm, and weighing around 2kg. That also means it’s small enough to take on holiday, or to a friend’s house, without too much fuss.

And the biggest quality of life improvement for next-gen consoles is intact here: its NvMe SSD, while small on the capacity side of things, will ensure your games load significantly quickly than they ever did on the Xbox One family of consoles. It also boasts the Quick Resume feature, which caches progress in three supported games, meaning you can switch between them with no loading screens at all. This doesn’t sound impressive on paper, but it really is a brilliant feature.

Verdict: If you’ve got the money and are patient enough to wait for Xbox Series X stock to replenish, you may be wise to wait for it. But the Xbox Series S is a brilliant console for more casual players, and those who want easy access to Xbox Game Pass.