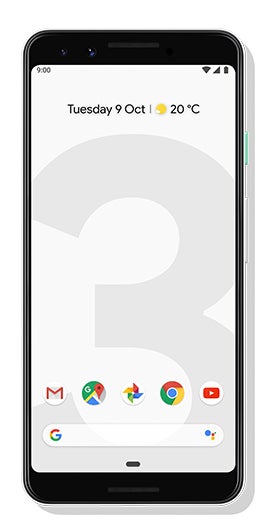 Google Pixel 3 An assuming powerhouse with a top-line camera   If you’re a fan of Android or just looking for something that isn’t Apple, then there’s no better place…
Read more

If you're looking for the best camera on a smartphone, the Google Pixel 3 touts some machine-learning software that makes its 12.2MP snapper better than the raw specs would have you believe. Design-wise, its 5.5-inch screen size inside a small body makes it easier to hold than last year's Pixel 2. This is Google's best phone in a small size, and it's running Android Pie.

An assuming powerhouse with a top-line camera

If you’re a fan of Android or just looking for something that isn’t Apple, then there’s no better place to turn than to the inventors of the Android OS and its flagship – the Google Pixel 3. With a design that builds on the success of its predecessor, the Google Pixel 2, the third iteration refined the recipe in almost every single way.

Smaller bezels at the top and chin of the screen make for a more prominent display, cranking its size up to 5.5-inches despite the footprint of the phone itself remaining identical to its predecessor. While so many phones are opting to go for larger and larger designs, the Pixel 3 remains compact and single-hand friendly while making best use of its space for screen real estate. The OLED panel in the display is vibrant, bright andrich in contrast, and when used in certain modes, ekes out extra battery life thanks to its ability to turn off black pixels.

Naturally, one of Google’s key features is its smarts, and that AI-driven wonderment is found in spades in its clever camera. We reckon it’s the best camera available in a smartphone today, not necessarily thanks to the hardware that takes the shots (although this is fairly powerfuls tuff), but thanks to Google’s awesome AI ability at post-processing the photos and making them look swell. While the Google Pixel 2 had plenty of success in this field with its ability to turn average photos into artworks, the Pixel 3 builds on its success with even sharper details, better High Dynamic Range (HDR) and an all-round refined experience.

Verdict: While the bigger Pixel 3 XL has an improved battery life and larger display, the Pixel 3 is an all-rounder smartphone set to replace your DSLR with its awesome camera chops.