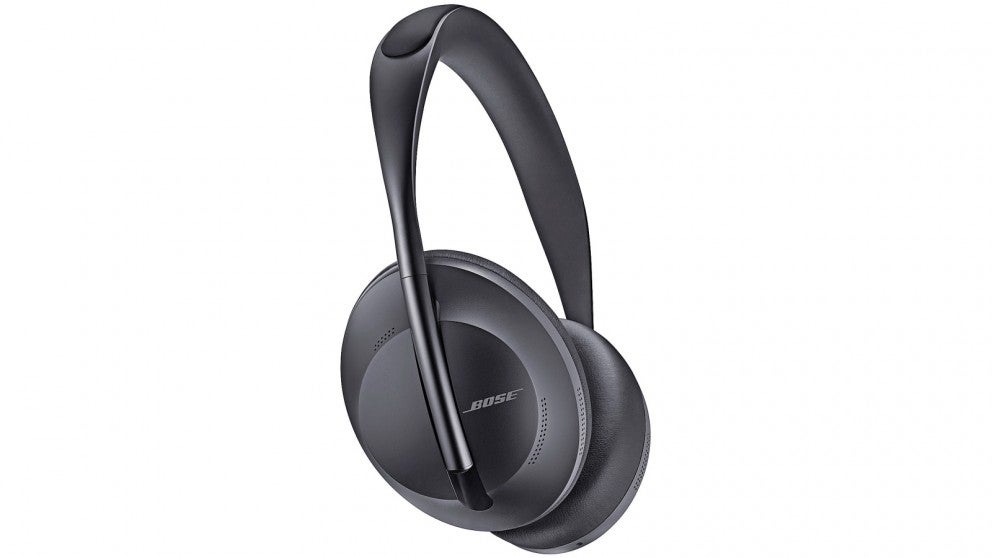 Good looks, great sound, and a very premium price tag   Bose has a reputation to maintain when it comes to noise cancellation technology and the company’s latest addition to its…
Read more

Although it’s too early to say definitively, these advanced headphones from Bose could eclipse its QuietComfort range, and perhaps even take the top spot of best noise-canceling headphones from Sony.

Bose has a reputation to maintain when it comes to noise cancellation technology and the company’s latest addition to its premium over-ear headphone range does not disappoint. The Bose Noise Cancelling Headphones 700 takes the best features of the popular QC35 II and improves upon them, adding more sophistication to Bose’s existing active noise cancellation (ANC) technology.

This sophistication comes from its ability to not just isolate ambient sound while listening to music (or podcasts and audiobooks), but also during voice calls. The 700s use an array of eight microphones – six of these enable traditional noise cancellation so you can hear your music clearly while, at the same time, two of these six work with the last remaining pair to isolate your voice and remove environmental noise during phone calls. In fact, if you have noise cancellation turned on, you won’t need to make any adjustments when you’ve got to make or take a call. The 700s are smart enough to know to keep its ANC switched on no matter what you’re doing. Other than that, though, the soundscape from the Bose 700 remains pretty much the same as the QC35s – the sound profile is generally well-balanced, clear and with a good spatial separation.

A lot has changed externally as well. The Bose 700s are just beautiful to look at – it’s a sleek, minimalist set with not a single screw or hinge showing anywhere. That also means the cans don’t fold up. The ear cups do swivel, though, and you just take them off and lay them flat in the case that comes in the box. The case itself isn’t much bigger than the ones for the QC35s. It’s only marginally taller and has a tapering design to easily slip into seat pockets on planes. A thoughtful addition in the box is a small compartment for all the cables, closed with a magnetic flap, and there’s room for a USB stick or two as well.

The minimalist look extends to the buttons on the headphones as well – there are just three, and other than a small Bluetooth icon on the power button, there are no markings anywhere. Bose has also used different materials on the band, which is now squishier, sitting on the head more comfortably than the QC35s.

The front half of the right ear cup has all the touch controls you’re going to need. Every single gesture – be it the double tap to play/pause or the slide back or forth to go back to previous track or forward to the next – works like a dream. Even adjusting the volume by sliding a finger up or down in front of the spine of the ear cup works perfectly. Bluetooth connectivity is similarly solid, with even minor disconnections pleasantly rare.

The design isn’t without its flaws, though. There might be just three buttons, but they’re extremely easy to press while taking the cans off or putting them back on. It’s also possible to press something when you’re adjusting the fit of the headphones on your head when sliding the ear cups up or down their spines.

While it’s easy enough to connect the Bose 700s via Bluetooth to a device, you will need the Bose Music app for more control. However, ‘more control’ might be a tad misleading on our part as there is no equaliser in the app. You can’t adjust the sound, but you can control noise cancellation levels and connect to two different devices at the same time. Yes, you can stay connected to both your phone and, say, your laptop. And the headphones are intelligent enough to know that if you receive a call on your phone, it will pause the music on the laptop, then begin playing automatically after you’ve hung up. It can even do the same for phone notifications.

Verdict: The Bose Noise Cancellation Headphones might have a slightly unfortunate name that doesn’t quite roll off the tongue, but it has a whole lot more going for it. With class-leading noise cancellation, a beautiful soundscape and some really good looks, it’s arguably one of the best over-ear headphones on the market, provided you can stomach it’s premium retail price. Thankfully, though, it’s often discounted.

Other brands in Head Phones