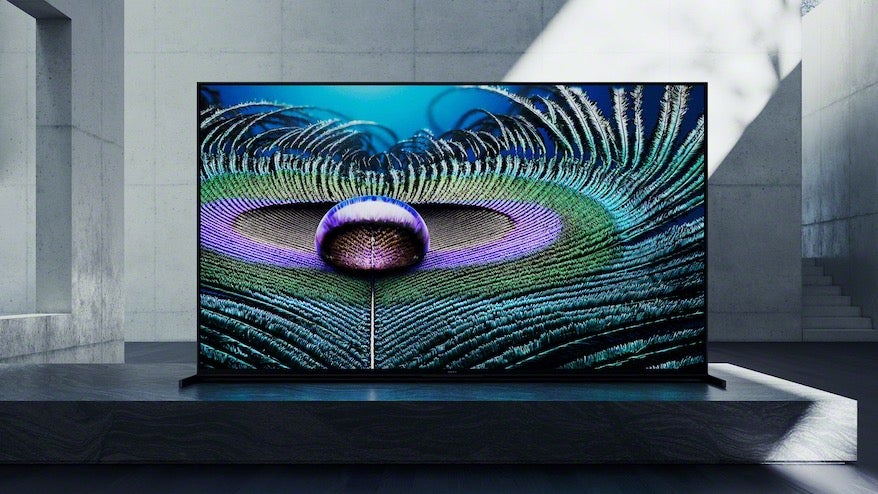 Mini LED vs OLED: which TV technology should you buy?

If you follow the latest TV technologies, it’s likely you would have heard about Mini LED, which is the new kid on the block when it comes to taking the fight to OLED. For many, OLED is perceived as the pinnacle of television display tech, but while its self-lighting pixels are undoubtedly impressive, they do come with a few drawbacks. Mini LED aims to address some of those issues by taking traditional LCD technology about as far as it can go. But is that enough? Read on to find out how Mini LED and OLED differ from each other.

To get a better understanding of each technology, it’s important to know just how they work. Mini LED is essentially the same as the current LCD technology that’s been powering non-OLED televisions for years, in that its pixels are lit up by LED backlights behind the panel. The main difference is that Mini LEDs are 40 times smaller than traditional LEDs, meaning you can fit thousands of them behind a display rather than hundreds, leading to a huge reduction in light bleed and a massive increase in lighting accuracy.

OLED, on the other hand, doesn’t use any backlights at all, opting instead to use self-lighting pixels which provide their own brightness. That means OLED televisions are able to light images at the individual pixel-level, making it unrivalled when it comes to contrast and black levels.

Easily one of OLED's biggest drawbacks is that it isn't very bright. Of course, OLED fans will often tell you that they don’t need to be, due to the excellent contrast they’re able to provide – though we’re not sure we entirely buy that. While it’s true that OLED TVs can achieve perfect blacks, their lack of brightness would suggest that truly bright whites are a lot harder to deliver, making the technology’s claims of infinite contrast at least a little bit questionable.

Brightness, however, is undoubtedly one of Mini LED’s biggest selling points, and thanks to the minuscule size of each individual LED, and their overall improvements in targeted lighting, Mini LED television’s are able to get far eye-scorching levels without having to worry as much about light bleed. That said, light bleed isn’t entirely eliminated, so contrast is significantly enhanced, OLED is still the king when it comes to lighting accuracy.

Of course, OLED has made some big strides in terms of brightness over the last year, with both LG and Sony delivering brighter OLED sets than we’ve become accustomed to. Still, they aren’t anywhere near as bright as a Mini LED TV.

Viewing angles are of particular concern for those who have larger living rooms with many seats. Depending on the display technology of your television, this could prove a slight problem. LCD televisions, including Mini LED sets, do still suffer somewhat when viewed off-axis as they are backlit, meaning there’s still a distance between the pixels on-screen and the lights behind them.

If you’re the type of person who hosts a big group of friends to watch the weekend’s big footy match, you may find that the people sitting to the sides of the TV experience a loss of colour and brightness. If this is the case, chances are you own an LCD TV.

OLED TVs, on the other hand, do not experience this issue. This is because the technology’s pixels are self-emissive, meaning their light doesn’t come from behind the screen, so there’s no gap to factor in when viewed off-centre. So when it comes to viewing angles, OLED is superior.

Whether you buy a Mini LED or OLED TV, you can take comfort in knowing that both are capable of displaying the Wide Colour Gamut that HDR support brings to the table. That said, some LED TVs are able to display these colours with additional vividness. This is due in large part to the inclusion of quantum dots, which have allowed LED TVs to achieve increased colour accuracy, brightness and colour volume.

The combination of OLED’s superior contrast ratio and HDR gives it a slight edge in terms of when viewed in dark rooms, however, any premium Mini LED TV screen will be able to deliver more vibrant colours at extreme brightness levels that OLED can’t quite match.

For whatever reason, OLED sets continue to be very expensive – especially as they get larger. Clearly, this helps them maintain their position as the premium option. Of course, Mini LED technology has gained a lot of momentum since its arrival earlier this year, and has done so at far more reasonable prices.

Right now, you’re far more likely to find the latest Mini LED TVs at cheaper prices than this year’s flagship OLEDs, however, TV prices fluctuate quite a bit – particularly during sales season. Our advice is to keep an eye on both technologies in the lead up to Black Friday.