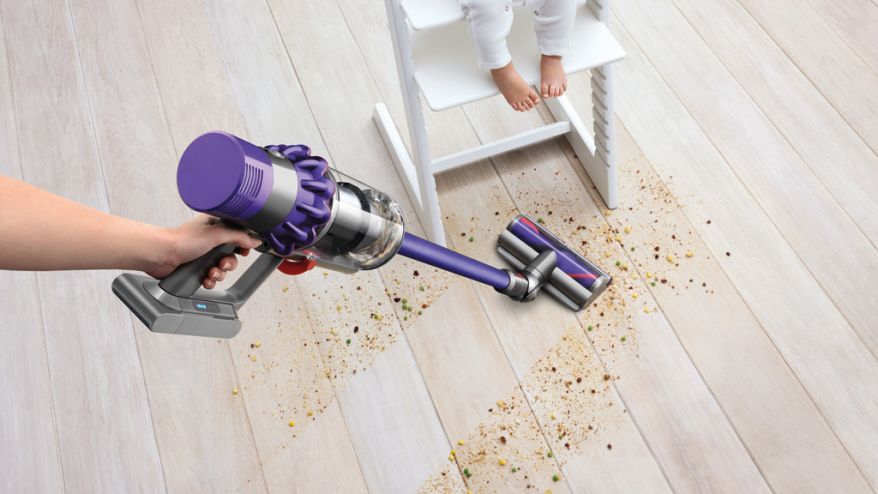 Dyson V10 vs Dyson V11: which vacuum cleaner should you buy?

When it comes to vacuum cleaners, one brand stands apart from the crowd – Dyson. Starting with the V6 way back when, the Dyson cordless handsticks quickly became coveted household items, thanks to their sleek, good looks and ease of use. By 2018, when Dyson announced the Cyclone V10, the company was convinced it had a goldmine right there and decided to stop making corded vacuum cleaners.

A year later, with the Dyson V11 range on shelves, it was evident that the brand wasn’t slowing its innovative spree, producing engineering marvels with each generation of vacuum cleaner.

Despite their similar design aesthetics, not all Dysons are made equal. Then again, it’s very hard to go wrong even if you choose to buy an older model. Admittedly the V11 is more powerful than the V10, but if your budget isn’t going to stretch as far, you’ll find the V10 can also hold its own.

So, what’s different about the two models and what has stayed the same?

The one obvious answer is the design. Other than the colour scheme across the different models, it’s hard to tell the V10 and V11 apart. But that’s not all.

As with all Dyson handsticks, both the V10 and the V11 convert into handheld units for cleaning up your car, boat or furniture. The number of additional tools in the box will depend on which model of the V10 and the V11 you buy (there are a few of each available in Australia), but there are more differences between the two.

From a new motorised cleaning head to a digital display – there’s a lot more the V11 offers over the V10 if your budget stretches to the newer model’s premium price tag.

Even though Dyson has carried on improving its vacuum cleaners with each generation, the older models are still pretty darn good, even the V7 and V8. And considering the Dyson V10 comes with significant improvements over the V8 means it’s a powerful and efficient beast. But that also means that being newer, the Dyson V11 is even better than the V10.

While the V11 offers a few more advantages over the V10 – like better suction, longer deep-clean runtime and a better cleaning tool – which model you choose will depend on how far your budget stretches.

As an older model, the V10 is definitely more affordable than the V11. In fact, some versions of the V11 (like the Outsize) carry an eye-watering four-figure price tag. In contrast, the V10 models retail for around AU$899 and can be had for lesser during a sale.

Whichever Dyson handstick you do decide to get though will work marvellously well on any kind of floor.