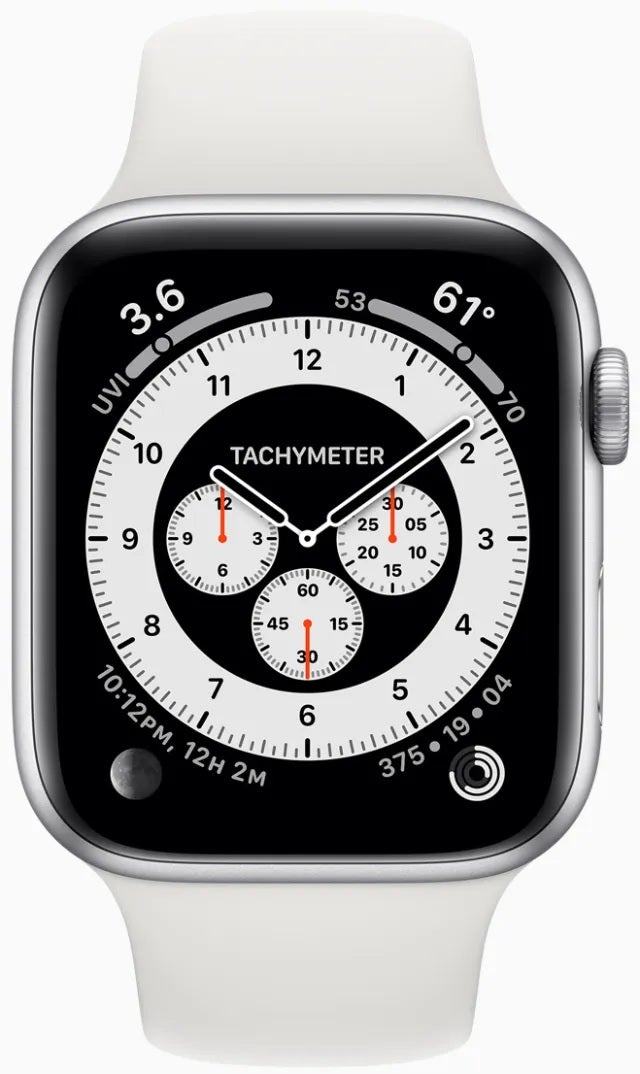 Minor upgrades, but the best Apple Watch yet   There’s no doubt that the Apple Watch is one of the most popular wearable devices on the market. It’s easily recognisable and…
Read more

It's easy to dismiss the updates in the Apple Watch 6 as incremental and not that exciting, but while the changes here are minimal, the replacement for the Watch 5 does deliver more in certain areas, and could potentially offer better battery life too.

Minor upgrades, but the best Apple Watch yet

There’s no doubt that the Apple Watch is one of the most popular wearable devices on the market. It’s easily recognisable and other manufacturers have taken their inspiration from Apple’s ‘squircle’ design. And while we were expecting headline features from the Apple Watch 6, we were treated to a few minor upgrades that, despite it all, makes for the best Apple Watch yet.

What the Apple Watch 6 does bring that's different over the previous iterations is the always-on screen that’s 2.5 times brighter than before. That means it’s easier to see when you’re out and about in bright sunlight.

The Apple Watch 6 retains all the great features we saw in the Apple Watch 5, including electrocardiogram (which, unfortunately, is not approved for use in Australia), fall detection, accelerometer, altimeter (which is now a real-time sensor), gyroscope and a compass for better navigation. It adds a VO2 max sensor that detects blood oxygen levels based on your motion and heart rate. In short, it’s one of the best devices to monitor overall health.

The Apple Watch 6 debuted the latest watchOS 7, which finally adds sleep tracking that was already on offer on several other competitor devices. It also adds better workout detection with the inclusion of new routines like Dance, Functional Strength Training, and Core Training. In fact, there’s even hand-wash tracking available on watchOS 7 – an important feature during the ongoing global pandemic.

While the new S6 chipset doesn’t add to the Watch 6’s battery life over its predecessor, it does help make the always-on display more power-efficient. If you aren’t using this feature, you should be able to squeeze out about 30 hours of battery life between charges (depending on use), far higher than Apple’s advertised 18 hours. And if you’re wearing it overnight for sleep tracking, it’s a good thing the Watch has fast charging support, so you can set it for a top-up as soon as you wake up and it’s ready for the day in about 75 minutes.

The Apple Watch 6 also brings new colour options as well, introducing a red and blue aluminium case to the existing range. Several types of bands have also been added, allowing users to mix and match. It may not seem like much of an upgrade over the Apple Watch 5 – especially after upgrading to watchOS 7 – but these small upgrades are what make the Apple Watch 6 the best Apple Watch yet.

Verdict: There are no headline features here, but incremental updates to the battery life and display, paired with the standout features of watchOS 7, make the Apple Watch 6 a must-have if you’re an Apple fan or looking for one of the best wearables on the market.