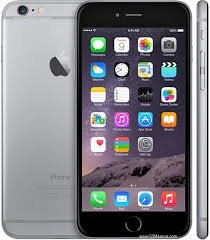 iOS 8 A successor to the iOS 7, the iPhone 6 Plus comes with the latest in Apple operating system technology, the iOS 8 which is backed with loads of new features and content, ensuring that even…
Read more

The iPhone 6 Plus is the best looking phablet around. Its specs don't match the Android power houses and it can be tricky to hold, but there's no denying Apple's beautiful (yet expensive) 5.5 incher is a winner.

iOS 8 A successor to the iOS 7, the iPhone 6 Plus comes with the latest in Apple operating system technology, the iOS 8 which is backed with loads of new features and content, ensuring that even the most hardened Apple fanboys can use to their full extent. Notable feature updates include:

Messages
Audio and video messages have been introduced to the Messaging feature in the iOS 8, allowing your conversations with friends and family to be even more memorable than ever before.

Keyboard
Thanks to the new predictive QuickType feature, you never have to worry about auto-correct botching your text messages ever again. The iOS 8 keyboard also allows third-party keyboard installations for user preferences.

Family Sharing
A new feature introduced with the iOS 8, the user can now add up to five other contacts as family members which allow them to share purchased apps, music, and books through the same credit card. The Family Sharing feature can also automatically set up photo stream among family members as well as sync calendars together.

HealthKit
Want to be able to track your sleep levels, oxygen intake, the amount of steps you walk in a day, and many more health-related data? With the HealthKit feature introduced in the iOS 8, you can now track your vital statistics as well as input your medical history, thus allowing the HealthKit to draw out a specific health plan for your benefit.

Handoff
A unique feature like never before, the Handoff feature in the iOS 8 allows users who are equipped with both the iOS 8 as well as the OS X Yosemite to share whatever they are viewing on the iPhone to be viewed on the iMac. This also allows the user to continue working from the iMac after switching from their iPhone. Got an important email or document to finish while on the way to work? No worries as all can be continued through the iPhone. Want to finish an interesting article on the computer instead? It can be shared to the iMac from the iPhone, allowing you to finish reading from a significantly larger screen.

Backed up with the A8 Dual-core 1.4 GHz Cyclone processor, the iPhone 6 Plus is capable of running multiple apps and pre-installed programs to its fullest potential without even lagging behind. Its smooth user-interface and interaction between man and smartphone is nothing like anyone has ever seen before. Fluid and quick, the iPhone 6 Plus was made out of perfection.

Storage Space The iPhone 6 Plus allows you to store an immense amount of applications, images, videos, and data in its memory banks with ease. The 1GB RAM ensures that you can open all these apps and related data without lagging it.

Sleek & Stylish Weighing at only 172 grams and 0.28” thick, the iPhone 6 Plus is the lightest and slimmest smartphone ever made by Apple. Feel no weight in your pockets or on your palm as the iPhone 6 Plus is like a paperweight; only difference is that it is fully functional. Watch as it was sculpted to fit your palm perfectly, allowing you to access every inch of its 5.5” display with extreme ease.

Retina HD Display The 5.5” LED-backlit widescreen display on the iPhone 6 Plus is the biggest it has ever been for a smartphone. It also comes with Retina HD display, ensuring that everything and anything viewed through the iPhone 6 will be in full HD quality, and that includes videos, pictures, and games. It also comes with multi-touch display and IPS technology, allowing you to place more than one finger on the screen for greater mobility, versatility, and functionality. The shatter-proof glass on the iPhone 6 Plus will protect the screen from receiving scratches, dents, and cracks on any surface imaginable.

iSight Camera The new 8-megapixel iSight camera with dual-LED (dual-tone) flash in the iPhone 6 Plus allows you to capture stunning images in HD quality. The iSight camera comes packed with loads of features including:

Fingerprint Technology Have you ever lost your iPhone and pray that the people who stole it will not figure out your lock code or come up with an algorithm to unlock it? The people at Apple have come up with Touch ID which allows you to place your fingerprint on the home button as a security measure to ensure your iPhone’s safety.

Battery Capacity The built-in rechargeable 1850mAh Lithium-Ion battery in the iPhone 6 Plus can last up to 24 hours’ worth of talk time and 16 days on standby. With 12 hours on 3G internet and LTE as well as 12 hours on Wi-Fi, the iPhone 6 Plus was built to last. If the battery ever runs out, simply plug the Lightning connector USB port to a computer or adapter to simply recharge the battery.