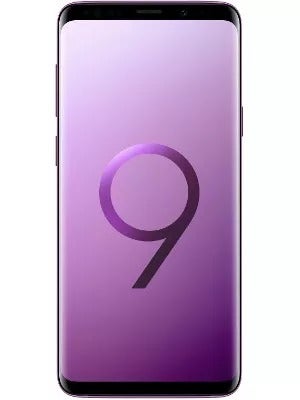 Launched alongside the Samsung Galaxy S9 on March 16th, 2018, the Galaxy S9 Plus offers more screen space, more RAM (6GB in total) and a superior camera than its smaller counterpart. It’s…
Read more

You won't find a bigger and better Android phone than the Samsung Galaxy S9 Plus, thanks to its oversized 6.2-inch curved screen and low-light-defeating dual-lens camera. Sure, it looks exactly like last year's S8 Plus, but it does fix the fingerprint sensor location (it's now center-aligned on the back) and speakers (now stereo). The new AR Emoji mode is overrated, though, and its higher price is tough to justify. This is for people who want the biggest screen and the best camera on one phone.

Launched alongside the Samsung Galaxy S9 on March 16th, 2018, the Galaxy S9 Plus offers more screen space, more RAM (6GB in total) and a superior camera than its smaller counterpart. It’s available in two capacities — the 64GB version has an RRP of $1,349, while the much larger 256GB model has an RRP of $1,499. It’s available in Lilac Purple, Midnight Black and Coral Blue colour options. Like the Galaxy S9, not a lot has changed in terms of its design when compared to last year’s Galaxy S8 range. Keen-eyed folks will notice the S9 Plus’ improved fingerprint scanner placement on the phone’s rear (it now sits below the camera, rather than right next to it). Elsewhere, the phone still boasts style for days, with its beautiful ‘Infinity Display’ providing a real edge-to-edge screen experience (the inclusion of Gorilla Glass 5 on the front and back of the phone make it feel especially comfortable in the hand). It’s got a 6.2-inch Super AMOLED display at 1,440 x 2,960 pixels (529ppi) with an aspect ratio of 18.9:5, which is great for browsing the internet and watching widescreen content (it also supports HDR10 content, meaning colours truly stand out on this screen). Its thin top and bottom bezels also give the display a nice sense of symmetry, avoiding the distracting ‘notch’ fad that seems to be all the rage with other phone manufacturers. Size-wise, it feels good and not overly big, measuring just 158.1 x 73.8 x 8.5mm. In terms of specs, the Galaxy S9 Plus is very similar to the regular S9, with the Australian model boasting a Samsung-developed eight-core Exynos 9810 chip for exceptional performance. As for its photo taking capabilities, the Galaxy S9 Plus has the distinction of boasting Samsung’s best phone camera array yet, with a 12MP + 12MP dual lens setup that allows for stunning portrait shots, 2x optical zoom and super slow motion video (up to 960 frames per second at 720p resolution). It’s even got variable aperture functionality, allowing the phone to switch between f/1.5 (suitable for low-light photography) and f/2.4 (better suited to bright, colourful pictures). If you look closely, you can even spot the camera's miniature shutter opening and closing automatically depending on available light. Another improvement over last year’s model is the inclusion of a larger 3,500mAh battery, which should keep the handset juiced all the way ‘til bedtime. Other important features include Qi wireless fast charging functionality (though you can still charge the phone up quick via its USB Type-C port), IP68 certification (meaning it’s dust and water resistant up to 1.5 metres for 30 minutes), a microSD card slot (for storage expansion up to 400GB) and a good ol’ fashioned 3.5mm headphone jack. Though it’s more of a refinement than a straight-out redesign of last year’s S8 Plus, the Samsung Galaxy S9 Plus is perhaps the best phone in the world right now — and its price ain’t too shabby, either.

Other brands in Mobile Cell Phones